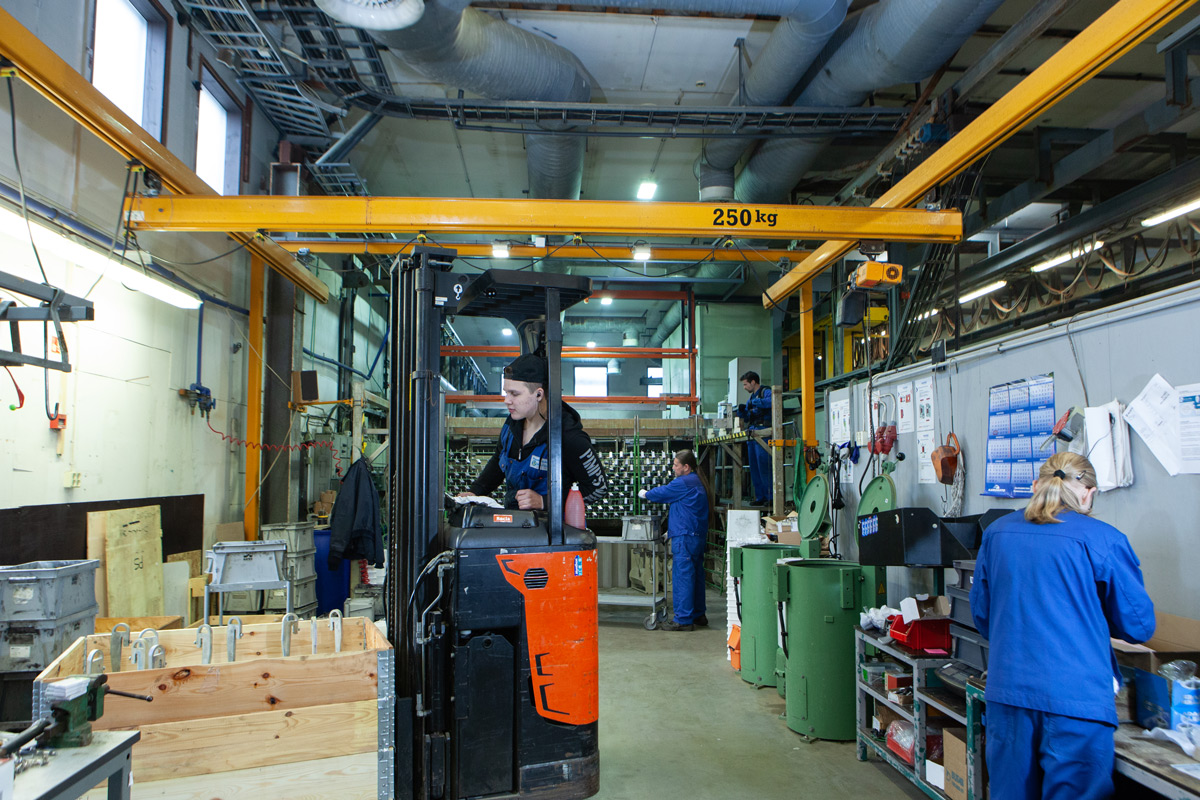 Many steel types have a problem with hydrogen being absorbedinto the base material during the surfacing process. This phenomenon can cause unpredictable brittle failure of the metal structure resulting in significant trouble. The risk of hydrogen embrittlement can be reduced by proper heat treatment done soon after the coating.

According to the standard the annealing process must be started no later than 3 hours after coating completion. The same standard also defines the duration and temperature of the treatment. The usual heat treatment for fasteners such as screws and bolts is 3 hours at 220 degrees C.

The risk of hydrogen embrittlement arises in all chemical processes where hydrogen is generated on the surface of the object. In the best case the hydrogen atoms are joined and released into the atmosphere as hydrogen gas. However, part of the H+ ions will be absorbed into the object, weakening its structure.

According to the standard objects with hardness of less than 1000 MPa do not need to be annealed, but in many cases it is a practice anyway. In case of thick zinc layers a dual-phase process is used where the first zinc coating is plated to the thickness of about 5 µm. After this the required heat treatment is done, and finally the coating is increased to the desired thickness. This is based on studies showing the hydrogen removal becoming more difficult if the thickness of the zinc layer is over 10 µm.

* Merkityt kentät ovat pakollisia
This site uses cookies. By continuing to browse the site, you are agreeing to our use of cookies. Find out more.